Information on the power adapter

If you are anything like us here at NNEP, it is HIGHLY likely that you have more than one laptop computer in your world. Here at NNEP, in fact, we have about 10 of them, as we use them at the Embroidery Mart trade shows, etc. I get frustrated trying to keep track of which power adapters go with which computers.

SO, while we had our magic computer whiz tech in the building today, I asked him the following questions:

Does it MATTER which adapter I use with the different computers?

It turns out it DOES matter. And then he told me what I needed to know to be sure I was using the right power adapters with the different computers. 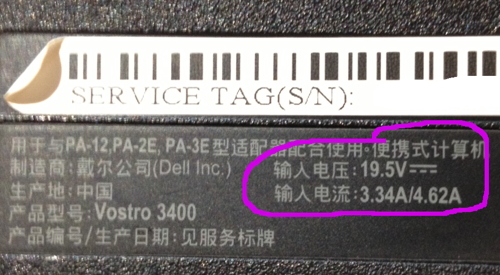 Information on the bottom of the Laptop

So now I know that when I grab a laptop and an adapter, I will pick a pair that will work together! It is VERY frustrating to be sitting somewhere else using a laptop until it is low on juice, only to find out when you plug it in that it does not charge. THIS is the result (probably) of grabbing an adapter that is not compatible with that laptop!

Hope this helps you make sense of some of your "wire spaghetti" too!

Don't you just love how we live in a "wireless" world?

If you have any tips for managing your computers, let me know!